We talk with data scientist Robert Kahne about his work reverse-engineering the Republican PDF maps into actual map shapefiles with precincts, and what he found when he did so. An interview with Dr. Neal Turpin

Dr. Neal Turpin is challenging Tom Burch for the Democratic nomination for House District 30. (Disclaimer: He is a contributor to ForwardKY.) We interviewed Dr. Turpin to ask him why he decided to run for this seat at this time, what his goals are, and what he is passionate about. ... 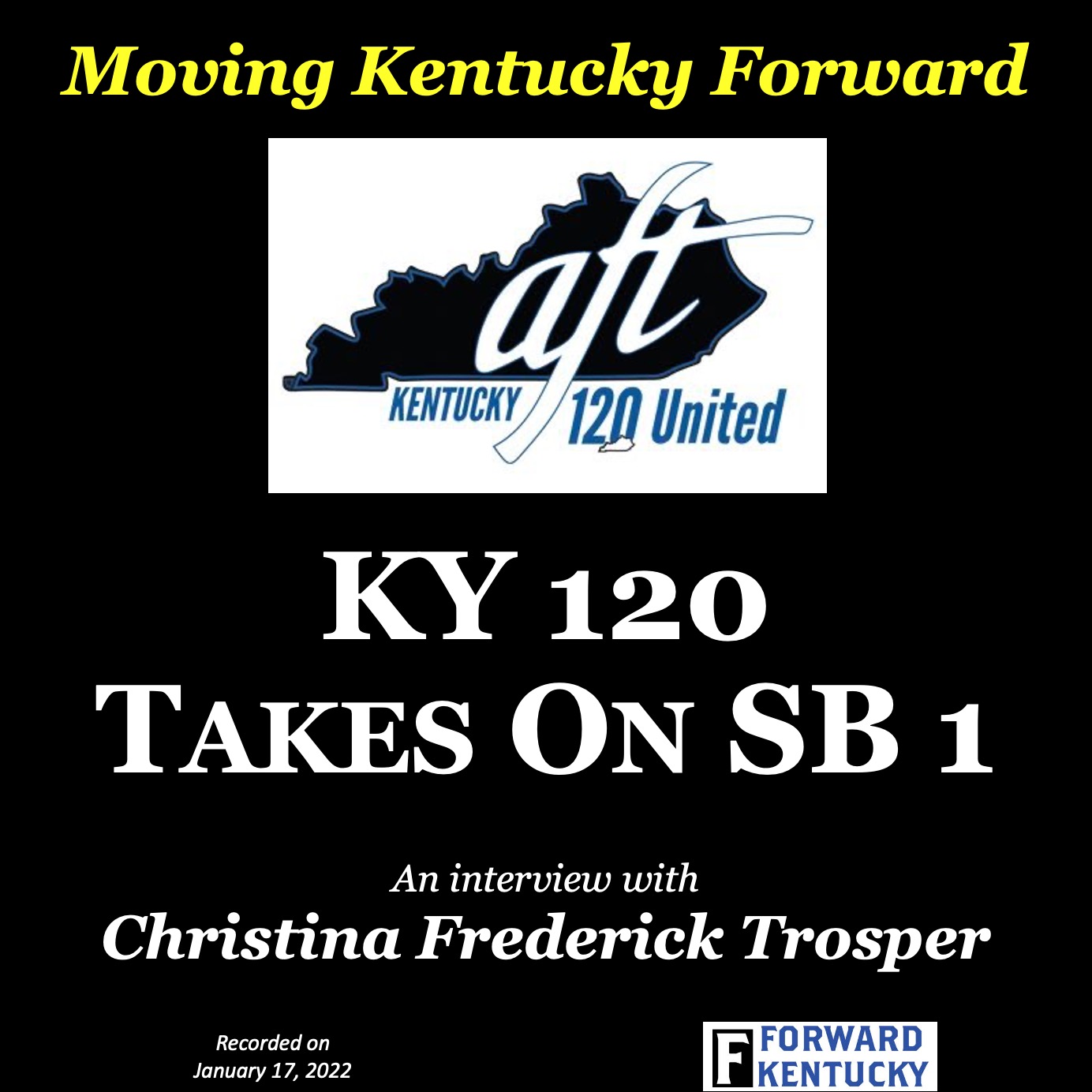 We talk with Christina Trosper of KY 120 United AFT, to see what the group is up to now, AND to discuss Senate Bill 1 and what is wrong with it. If you care about education, this is an important podcast. (Just want to hear the SB1 discussion? Jump to 15:28.) ... In this episode of Moving Kentucky Forward, we interview state Rep. Attica Scott about her campaign for Congress in Kentucky's 3rd district. We ask her why she decided to run, how her campaign is going, and what key issues she wants to address if elected. Give a listen to this progressive champion as she speaks with passion and vigor about what her campaign is about. ...